Biden and the Health Insurance Cliff: A Looming Intergovernmental Challenge 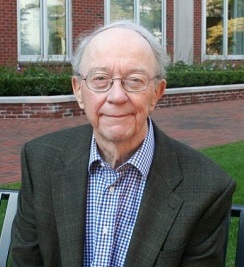 Through legislative and executive initiatives, the Biden administration has successfully bolstered federal programs to preserve and expand Americans’ health insurance coverage. But this success may be short-lived. A health insurance cliff looms that threatens to erode the coverage gains achieved during Biden’s first two years. The Biden administration’s ability to avoid this cliff partly depends on meeting a legislative challenge. The American Rescue Plan Act of 2021 increased the federal subsidies available to individuals to purchase health coverage on the exchanges, or marketplaces, established by the Affordable Care Act of 2010 (“Obamacare”). Consequently, sign-ups on the exchanges grew by over 25%, from approximately 11.4 million individuals in 2020 to 14.5 million in 2022. But the rescue plan subsidies apply only to 2021 and 2022. The Congressional Budget Office estimates that failure to renew the subsidies will increase premium costs and cause exchange sign-ups to decline by three million, reducing enrollments to what they were in the last year of the Trump administration. The Biden administration has stressed the importance of continuing the rescue plan subsidies, but it remains unclear whether Congress will do so.

Avoiding the health insurance enrollment cliff also depends on the administration’s ability to cope with an implementation challenge. This challenge intersects with the National Academy of Public Administration’s ongoing interest in promoting intergovernmental partnerships that facilitate effective program implementation. The challenge emanates from legislation enacted early in the pandemic aimed at reducing the risk that an economic downturn would significantly increase the number of uninsured Americans. To this end, the Families First Corona Virus Response Act of March 2020 sought to fortify Medicaid, which is by far the largest federal grant program to states and localities. Medicaid subsidizes health care for low-income individuals. The grant ordinarily covers 50% to about 75% of state spending (the match rate) on the program, with less affluent states enjoying proportionately greater federal subsidies. To entice states to partner with the federal government and reduce uninsurance, the Virus Response Act authorizes a retroactive 6.2 percentage point increase in the Medicaid match rate starting on January 1, 2020, and continuing until the public health emergency expires. To receive this enhanced subsidy, a state must refrain from making its Medicaid eligibility criteria more stringent or disenrolling current beneficiaries. This requirement means that beneficiaries whose incomes subsequently exceed the amount that originally qualified them for Medicaid eligibility would nonetheless remain enrolled for the duration of the public health emergency. This provision fueled a dramatic increase in Medicaid enrollments, which soared by 25%, from 64 million in January 2020 to an all-time high of 80 million in mid-2022.

Once the president terminates the public health emergency, however, states will lose the enhanced federal subsidy and must complete timely, income-based eligibility redeterminations for enrollees or face fiscal penalties. This process threatens to kindle a decline in health insurance coverage for low-income Americans. Take-up challenges loom large (i.e.,

assuring that people eligible to receive benefits enroll). Many beneficiaries will have incomes too high to qualify for Medicaid and fail to transition smoothly to alternative coverage offered by the Affordable Care Act’s insurance exchanges. While not as generous as Medicaid, the exchanges offer low-income individuals the opportunity to sign up for heavily subsidized coverage from participating insurance companies. Many other enrollees will continue to meet Medicaid eligibility criteria but lose coverage for failure to comply with the often-burdensome administrative requirements for renewal.

The limits of state capacity to process renewal applications and encourage higher take-up rates in Medicaid and the exchanges compound problems. The National Association of Medicaid Directors has expressed concern that many states lack adequate numbers of well-trained staff to perform the renewal function effectively. An observation from the Wisconsin Medicaid director goes to the heart of the issue. “I got 40% of the workers in income maintenance who have never done a renewal… We need to go back and retrain … the 1200 workers we have on how to do the renewal the right way.”[1]  Some states plan to cope with their capacity limitations by contracting with private entities to perform the redeterminations. However, it remains to be seen whether these contractors are better equipped to perform the renewals than Medicaid staff. Moreover, various stakeholders have expressed concern that some states may incentivize contractors in ways that undercut the take-up of applicants who meet the program’s eligibility criteria. The concern partly reflects that the enhanced federal match rate will cease when the public health emergency ends. This development may heighten state budget concerns and prompt some of them to prioritize removing ineligible enrollees from the rolls rather than assuring that those who still qualify remain on them.

This array of factors has prompted the Kaiser Family Foundation to project that at least 5.3 million and possibly as many as 14.2 million enrollees will lose Medicaid coverage when the public health emergency ends. The risk is great that substantial numbers of the disenrolled will become uninsured for significant periods.

The Biden administration has sought to forge an intergovernmental partnership with the states to reduce the threat of a precipitous decline in insurance coverage. While the Trump administration had given states six months to complete the renewal process, the Biden administration pledged to give 60 days advance notice of the health emergency’s end and another 14 months to make eligibility redeterminations. The White House also moved to establish a special year-round open enrollment period on the insurance exchanges to transition those no longer eligible for Medicaid to this coverage. The Biden administration has provided steady guidance encouraging states to adopt client-friendly renewal practices. This guidance includes sponsorship of monthly webinars and a new web page. It incorporates recommendations that states use social media, such as Facebook, Instagram, and Google search advertisements, to inform beneficiaries of the need to renew their Medicaid eligibility. In addition, the Department of Health and Human Services sought approval from the Federal Communications Commission to allow state Medicaid officials and others to communicate with enrollees via texts or automated phone calls – practices that might otherwise invite suits under the Telephone Consumer Protection Act. Federal officials have also encouraged states to partner with Medicaid-managed care organizations under contract with them to update enrollee contact information and assist with outreach.

While offering a helping hand, the Biden administration has threatened to penalize states financially if they adopt burdensome renewal procedures that skirt Medicaid law (e.g., by requiring in-person interviews for renewal applications). A key issue for the Biden administration is when to terminate the public health emergency. Many health care providers and advocates for low-income beneficiaries have urged Biden to extend the emergency at least through October. It appears likely that his administration will not only accede to this request but postpone this politically painful decision until after the 2022 election.

Despite the vigorous efforts of the Biden administration to forge a partnership with states to avert a health insurance cliff, uncertainty shrouds the degree to which it will succeed. In this regard, two questions loom large. First, to what degree will state officials prioritize managing the redetermination process to maximize take-up into Medicaid and the insurance exchanges? Second, to what extent do states have the administrative capacity to achieve this objective? When the public health emergency ends, it will be important to pursue research that extracts lessons about which state policies and administrative practices were most successful in circumventing the health insurance cliff.