Visualizing the Economic and Fiscal Geography of the United States

In pursuit of the ideal to form a more perfect Union, there is a need to understand American federalism and intergovernmental relations as more than just the relationship between the federal government and the sum of the 50 states.

In order for federal and state governments to achieve their respective policy goals, it is important to recognize the inter-connectedness and inter-relationships not only between the federal government and the states, but also between these government levels and the localities within each state: people may live in a suburb but work in a city; food crops grown in a rural county will feed families in urban centers across the country; and pollutants disposed in a river in one community will pollute the waters in other communities downstream. More often than not, policy challenges that at first glance appear to be strictly local in nature often have important intergovernmental aspects and ought to be considered in the context of a multilevel governance system. 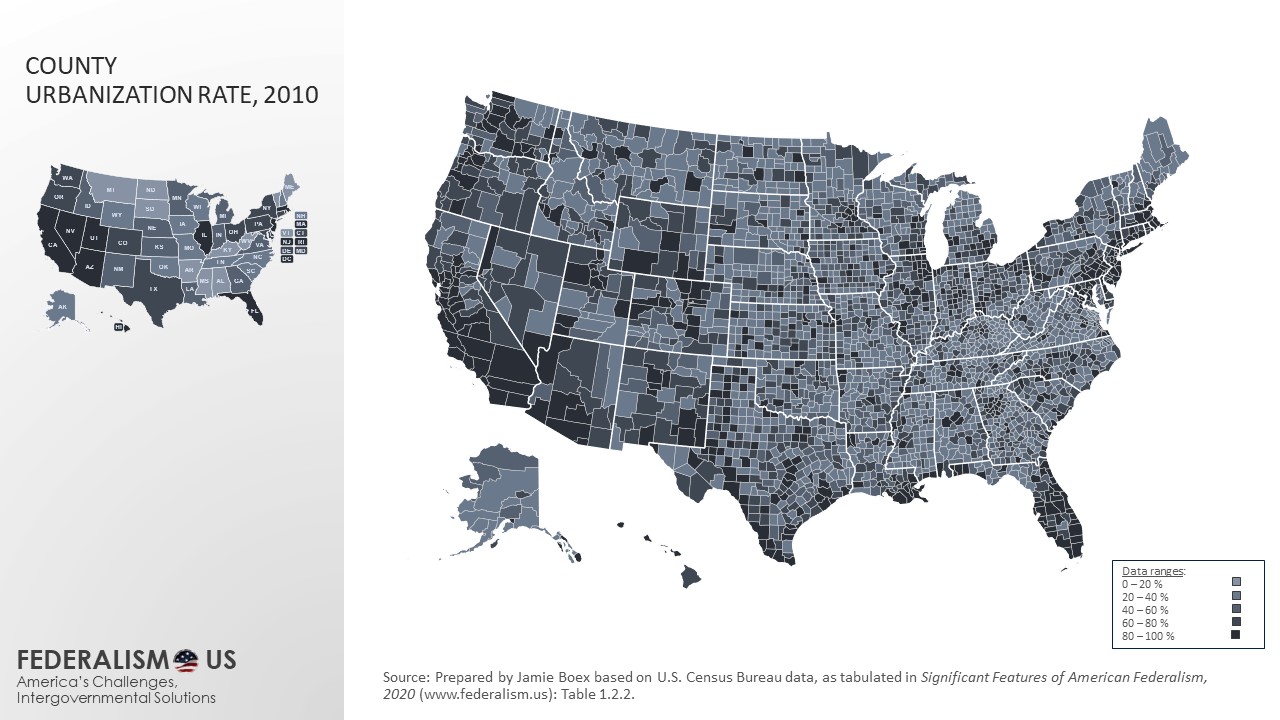 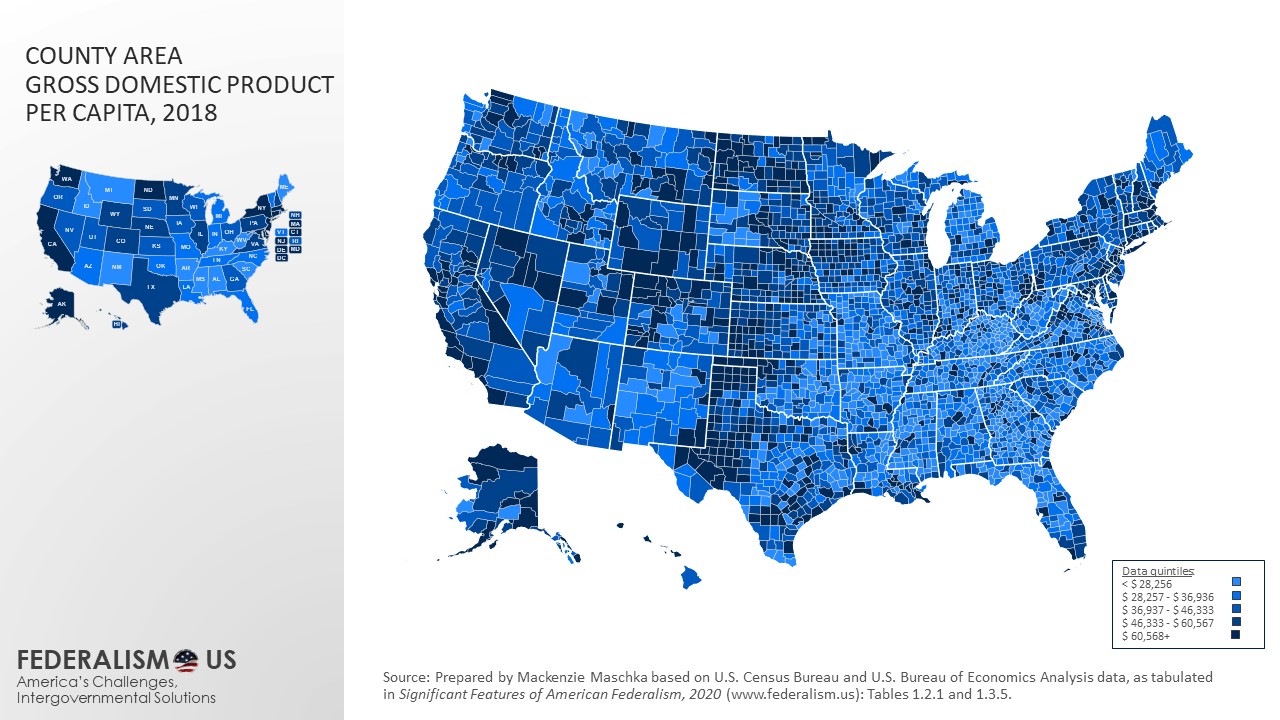 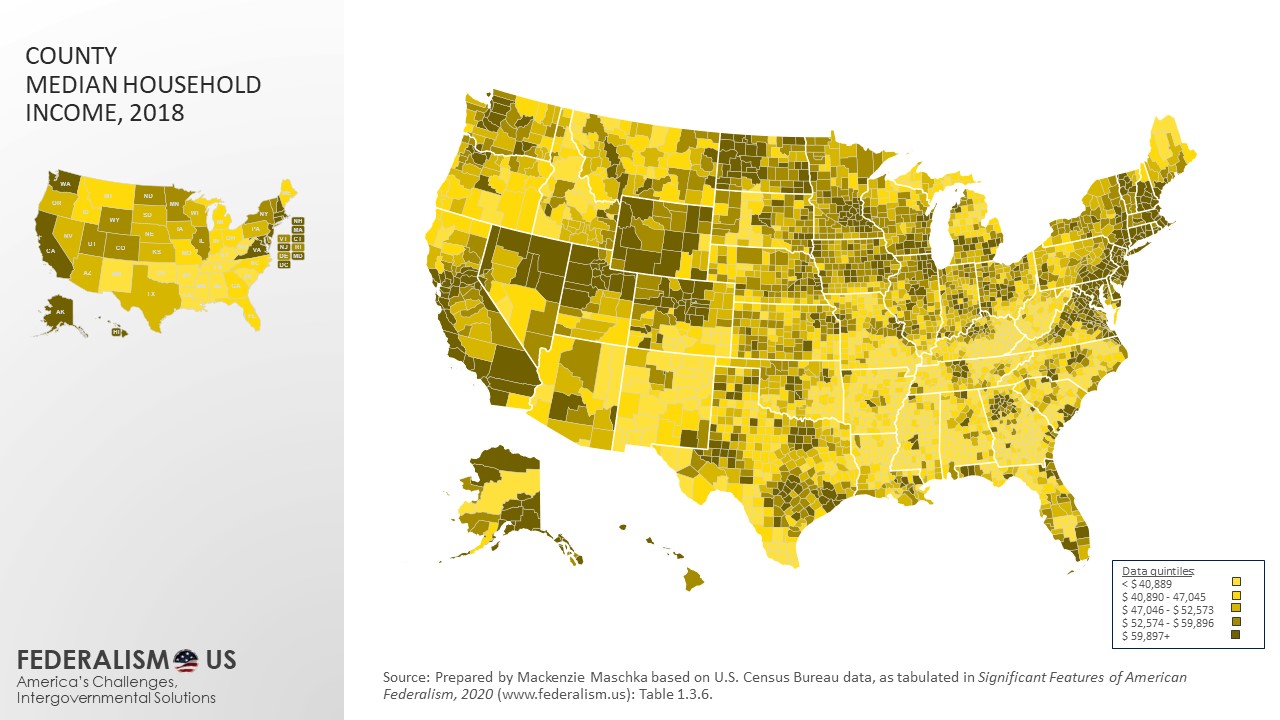 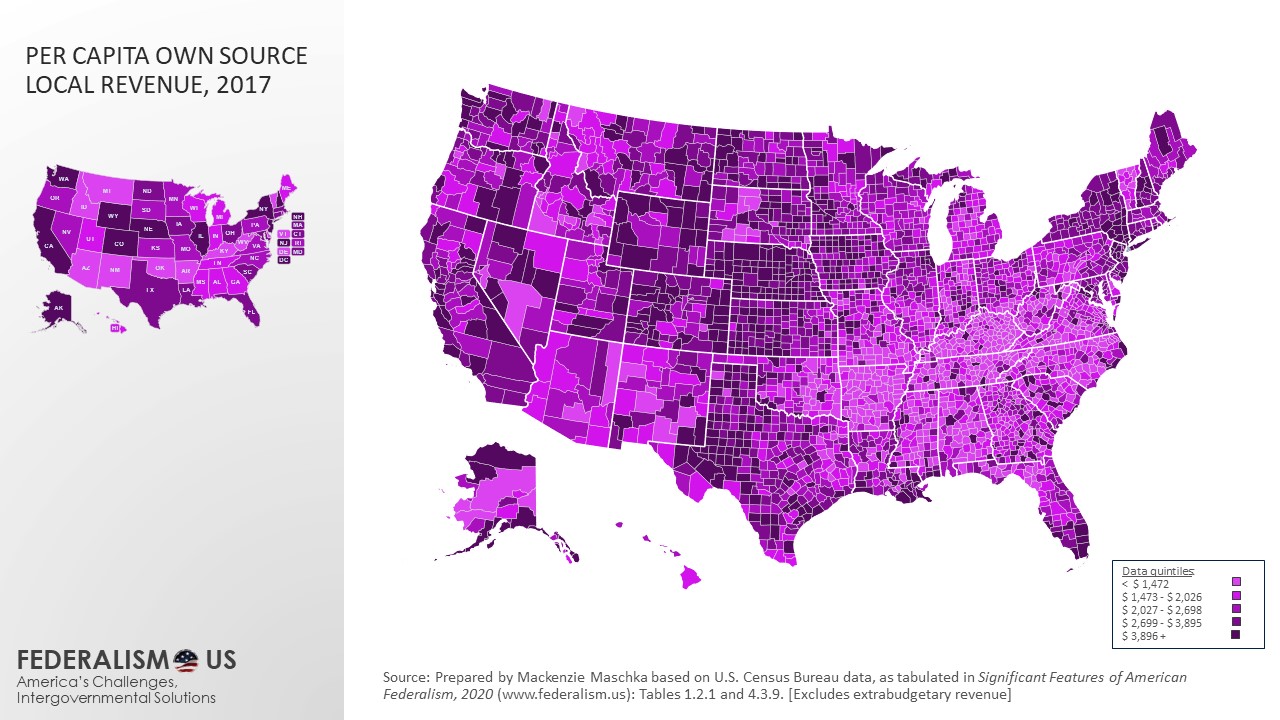 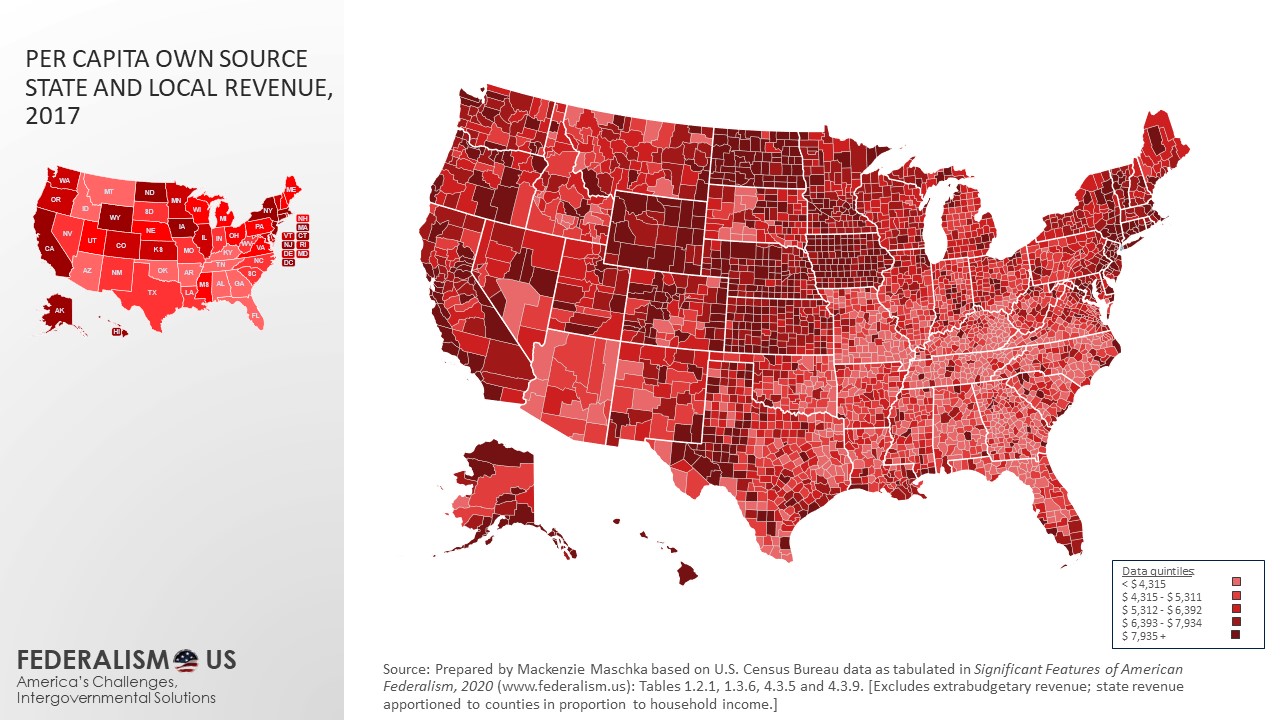 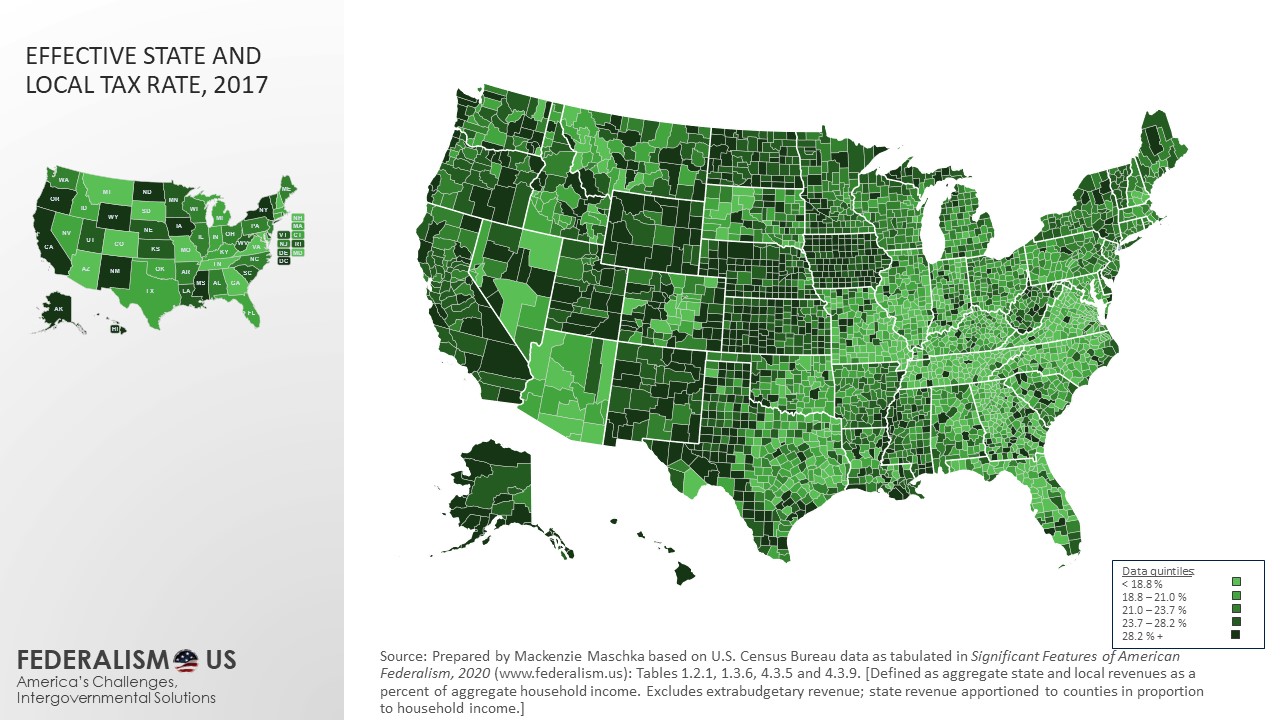 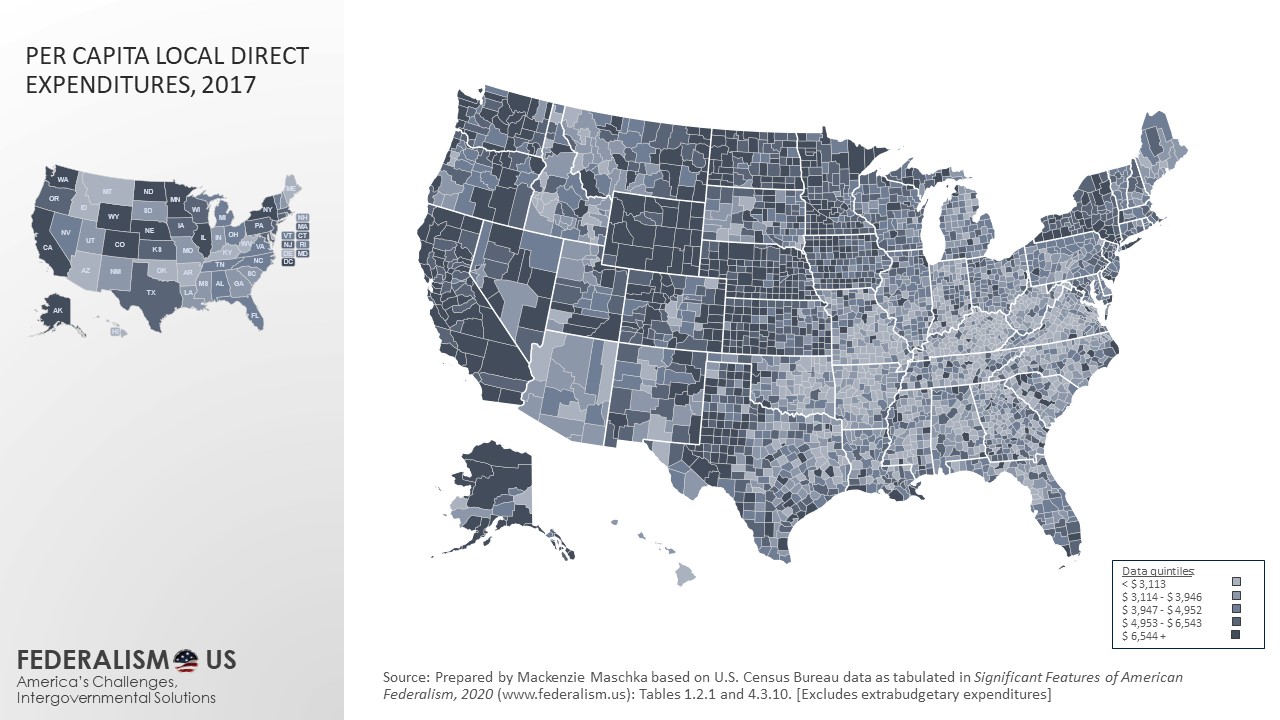 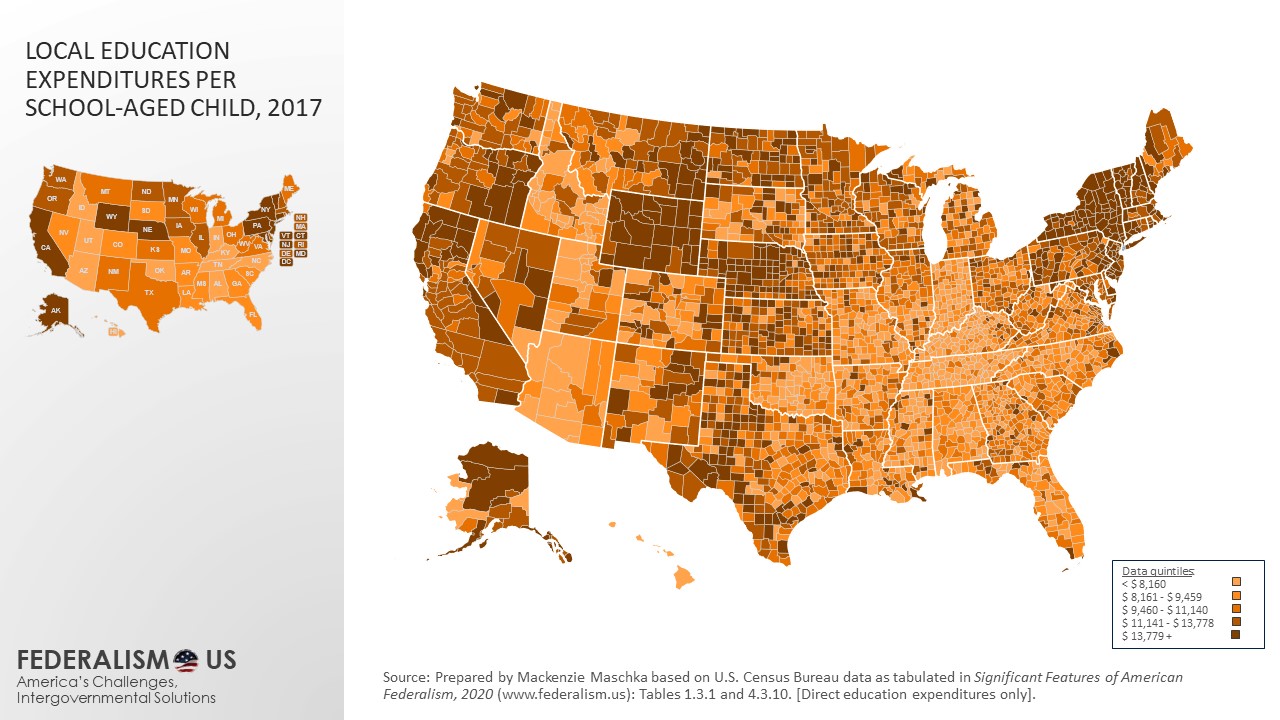 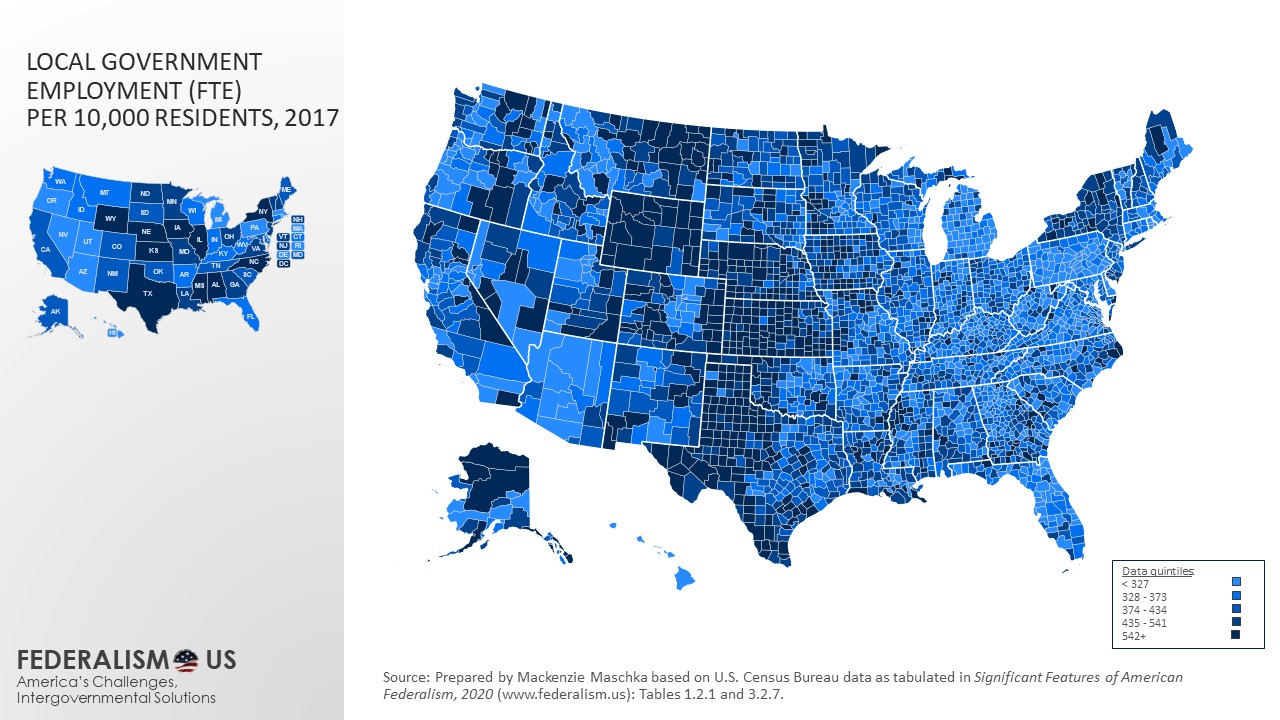 For instance, in order for the American economy to be globally competitive and for every American for have a fair shot at the American Dream, government services need to be provided in an efficient and equitable manner at each government level, from coast to coast. Relegating national challenges—such as crumbling transportation infrastructure, failing public schools, or the increasing urban-rural divide—for state or local governments to deal with in isolation is likely to result in the country’s failure to live up to its potential.

Visualizing different aspects of America’s complex economic and fiscal geography provides a first step in understanding the role of the federalism and intergovernmental relations in resolving America’s grand challenges. Where are economic productivity and household income high? Where are state and local revenues high; where are they low? Where are local expenditures higher and lower?

The resulting maps reveal considerable variation in economic and fiscal conditions both between and within states, reinforcing the importance of evidence-based policy analysis in support of arriving at targeted policy solutions.

Jamie Boex (jamieboex@gmail.com) is a Fellow of the National Academy of Public Administration.