Academia Letters: Should We Use Public or Private Sector Approaches for Policy Change? 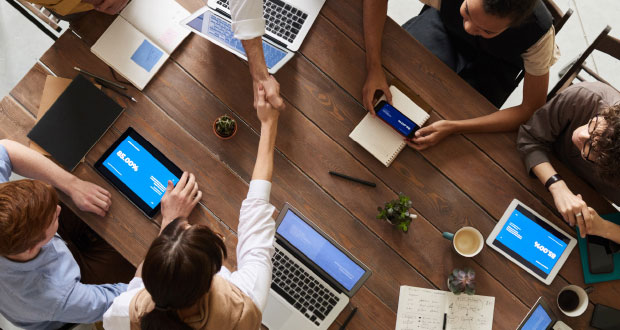 One of the constant themes in the policy and public management field is an attempt to define the differences or similarities between public and private agendas and approaches. Efforts to differentiate the public from the private are like an archeological “tell” where layers are built on one another but without clarity about where one culture begins and another ends. The topic is often discussed in the literature, and its similarities and differences are debated both in the US and across the globe.

This exchange takes many forms, and the pendulum has swung back and forth between the two very different approaches. Its characteristics change frequently over time and, as a result, lead both scholars and policymakers to often confusing definitions and assumptions about the topic. Perhaps the most familiar quip about the topic came from Wallace Sayre, a professor at Columbia University who coined the oft-quoted aphorism, “Public and private management are fundamentally alike in all unimportant respects.”

Sayre’s quip actually sums up an extensive literature and set of experiences that attempt to sort out approaches through traditional separate typologies. Yet the development of typologies does not seem to be likely to provide the basis for effective strategies for change when decisionmakers in the public sector try to improve their work.

Some limited views that led players in particular directions were linked to the background and academic discipline of those approaching the topic. Policy and management problems cross several fields and draw on a wide variety of methodologies, frameworks, information, and agendas. Many players have a background in classical economics and, as a result, they tended to draw on efficiency goals and assumptions. These often are embedded in hierarchical structures that emerged from the industrial revolution and frameworks that searched for clear authority to justify change.

In that sense, it is useful to take an historical perspective on this topic. One could begin with the early stages of the industrial revolution with power and authority found in hereditary families as well as the important role of the church. Both of these institutions provided legitimization for a set of corporate-like values that eventually emerged from hierarchical structures that became essential parts of the development of what has been called the public sector. Authority was acknowledged and often accepted without a clear understanding of its effect on those without formal authority or power within the society.

Parallel to these changes was the eventual development of the middle class and a set of experiences and opportunities that led to the concept of citizenship. While it never covered all citizens, its expression across the globe did lead to a concept of citizenship through different forms of voting. These values developed in the U.S. Constitution and the Declaration of Independence and became a part of the American story that influenced many. Those attracted to economic reasoning viewed voting as a perfect market with voters provided with appropriate information and choices.

As a result, the structure of the American political system of federalism and shared power made it difficult to establish clear definitions of these two sectors and establish boundaries between them. Economists tried to differentiate between the values implicit in each sector by acknowledging that the private sector sought to maximize efficiency while other economists sought to add public sector goals of effectiveness and equity to private sector efficiency. One confronted different but legitimate definitions of effectiveness and equity. And efficiency itself was difficult to define. It could involve cost, time, support and other valuable resources. Other economists sought to establish what they called “a public good” – something that is both non-excludable and non-rivalrous. Yet that too was difficult to maintain. Its proponents tried to extend policy into other areas beyond the military that did not meet the traditional definition. Current debate about the environment represents an attempt to frame that issue in the public good category.

Despite attempts to create a framework that lends itself to social and political shifts, this goal has been difficult to attain. There is a tendency for policymakers and administrators to be tempted by the experience of the private sector as they search for models for change. Only a drastic set of problems or crises might provide support for what is defined as an increased federal role in the US. Others (e.g. at the end of the Soviet Union) have found ways to criticize ideological justifications for an increased and centralized public role. This has been an attribute of policy and program change in the last three decades of the 20th century and the first decades of the 21st century.

Yet economist Albert Hirschman’s book, Shifting Involvements: Private Interest and Public Action, is one of the very few works to this day that takes the public-private issue and conceptualizes it in a very creative and innovative fashion. Instead of sorting out the attributes of the two elements, he describes the process as a dynamic one stimulated by changes in the environment or changes because of technological, social or economic conditions. He sees public action as action in the political realm and involvement of the citizen civic or community affairs while private action focuses on the pursuit of a better life for oneself and one’s family. He uses the concept of “disappointment” to explain the swing back and forth from one variety to another and argues that this is likely to continue in the future.

I have found that this approach may help explain the attraction to the private sector in the late 20th century and in the early 21st. I have chosen four examples of such change as evidence of the tendency for both academics and decision-makers to draw on private sector experience as the model for public sector change that, instead of focusing on solving perceived problems, actually produced unanticipated consequences. These decisions highlight specific approaches and effectively ignore other potential resources. They also tend to create the pendulum-like swing between public and private views that have been described by Hirschman.

1. Using the budgetary process as the only decision setting and approach for decisionmaking. This focuses on cost of programs (the most traditional way of measuring efficiency) and tends to ignore both effectiveness and equity concerns. This has been used when both Republican and Democratic leaders are in charge of the branches of government.

2. Developing a performance measure process that assumes data (and other forms of information) is already available to determine whether performance measures are met. It tends to ignore qualitative values, including equity and distributional issues. It also has a difficult time dealing with program measures that cross organizational lines. This also has been used when both Republican and Democratic leaders are in power.

3. Relying on contracting-out of staff instead of permanent staff within the organization. This has been a way to cut down on some costs because the contractor does not have to pay for benefits for contracted staff. However, there does not seem to be attention to the loss of historical memory in shifts of staff as well as the motivation for contractors to focus on being successful in getting their next contract after the current one. Similarly, contracting-out has been used by both Republican and Democratic leaders.

4. Giving corporations and non-profits the opportunity to run charter schools that compete with public schools. Many of these schools cherry-pick their students, ignore students with difficult problems, and seem to ignore the traditional attributes of public education. Charter schools were supported by both Republicans and Democrats and, in some locations, were viewed as an opportunity to improve services to traditionally underserved students.

Each of these examples used private sector experience as a way of addressing perceived problems in some part of the public sector. Each of them generated unanticipated reactions and problems as a result of the change. We are left with the question: are we examining the right issues and expecting too much from these changes?

Citation: Radin, B. (2021). SHOULD WE USE PUBLIC OR PRIVATE SECTOR APPROACHES FOR